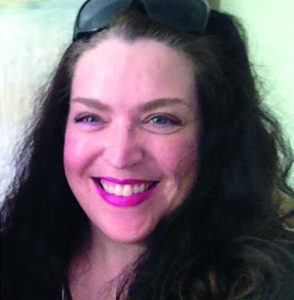 Laurel Jay Carpenter is a visual art performer, investigating longing, devotion and intimacy in her durational live works. She has exhibited extensively in New York City at galleries, performance spaces and even Brooklyn’s Borough Hall. Internationally, Laurel has presented work at the NMAC Foundation in southern Spain; with Wooloo Productions and the Hebbel Theatre in Berlin, Germany; at Schloss Salem in southern Germany; at the Bergen International, Between Sky + Sea and Kunstbanken Hedmark Performance Festivals in Norway; at the Festival of Ephemeral Art in Sokolowsko, Poland; at The International Festival of Contemporary Art in Terni, Italy; and as part of the 2007 Venice Biennale.

Laurel was a member of the Independent Performance Group, founded and facilitated by Marina Abramovic , as an early incarnation of her Institute in supporting the next generation of durational performers. Currently, Laurel collaborates frequently with Norwegian artist Terese Longva and US dance artist Robert Bingham, and has recently begun a new collaboration with German composer/performer Philippe Wozniak. The big news is that Laurel just resigned her tenure as Associate Professor of Art at Alfred University to pursue a practice-based PhD at Northumbria University; she moves to the UK this fall.