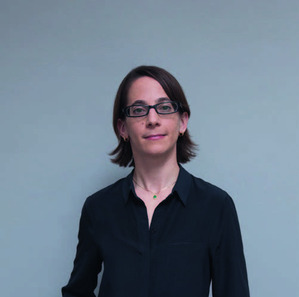 Mary Early (American, born 1975, Washington, DC) creates three-dimensional works in beeswax and wood that serve as abstract references to symmetrical and structured forms. She creates objects and temporary installations to be activated by the spaces they inhabit, and no single work exists outside of the place it resides. Architecture, historic and geographical context, and the viewer introduce the vital elements of scale, perspective, and experience.

Early studied visual art, film and video at Bennington College and has exhibited at the United States Botanic Garden, Washington Project for the Arts, the Corcoran Gallery of Art, Second Street Gallery, Charlottesville, VA, and Hemphill Fine Arts, Washington DC. In 2015 Early’s work was included in the travelling exhibition “Hope Chest” at the Austrian Cultural Forum, Washington DC, and will appear in a June 2016 version of the exhibition at Galerie Im Ersten, Vienna, Austria. She will exhibit at Künstlerbund Tübingen, Tübingen, Germany in May 2017; also in 2017 Early will complete a largescale installation of beeswax lines at the American University Art Museum, Washington, DC. Early’s work is included in the collections of the US Department of State/Embassy of Panama, Kimpton Hotels, and the District of Columbia Art Bank, among other public and private collections. Since 2006 she has served as a member of the board of Washington Sculptors Group, a non-profit organization founded in 1984 to promote an awareness and an understanding of sculpture and foster the exchange of ideas among sculptors, collectors, and the general public.