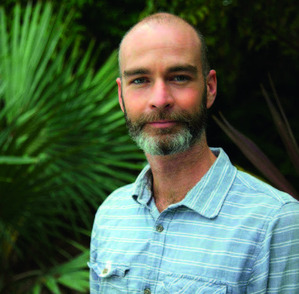 Justin is a multidisciplinary artist whose practice is ever expanding. In his background of film production, programming and production, he has worked for the Sculpture by the Sea, Sculpture at Scenic World, Brisbane International Film Festival, Asia Pacific Screen Awards, the Sydney Film Festival, Antenna International Documentary Film Festival. He produced the award winning ‘Not a Willing Participant’. His latest film, ‘A War of Hope’ screened nationally, throughout Australia. He holds an Advanced Diploma in Screen and Media Multiplatform Producing from Metroscreen. Justin has produced several music  video clips, short films and short documentaries. Justin is a keen environmental activist, passionate horticulturalist, gardener and permaculturalist and has an interest in social politics, land management and Indigenous affairs. Justin is a singer/songwriter, who plays guitar and banjo. He is currently working on several long from documentaries and the multiplatform experience ‘the language of movement’ a history of body language.