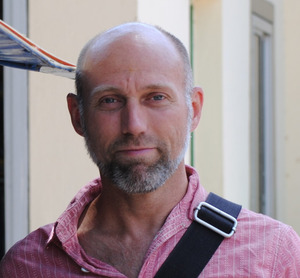 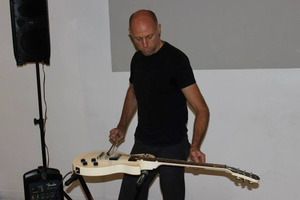 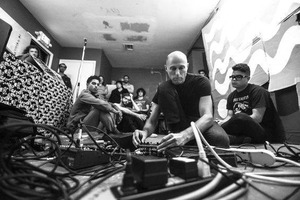 Born in Chicago in 1970, David Brieske has been creating music and sound work since 2005 under the name Fsik Huvnx. Performing mostly equipped with a guitar and bow, occasionally a synthesizer, tape machines and other paraphernalia come to play. His pieces often include field recordings gathered on his travels, which he often considers integral to the music-making process and a huge inspiration.
He has performed at many venues and events throughout Miami and collaborated with many local artists and musicians. In 2014, he released the album “Sarmoung” on Other Electricities.
David now lives in Miami, Florida.

Artist Statement:
I’ve always thought that nature had its own sound, something you could sense beyond the animals, wind, and water; a constant continuous sound. I like to incorporate that concept into my work, along with emotion. I work mostly with a guitar (which I play with a bow), and synthesizer. These two instruments usually form the foundation of my work, given their ability to play almost endless notes. Without a background in conventional instrument playing, I see these instruments often as sound devices, and also create my own devices for creating sound and occasional noise. I travel quite a bit and make recordings in the places I visit and blend them into my work, too, where I find myself creating these landscapes I have seen or haven’t seen, but can only imagine.